Bill has been training middle school and high school leaders for nearly 30 years. He founded Spark the Wave along with a group of volunteers in 2004 and has been inspiring young service stars ever since. Bill grew up in Chadds Ford, Pennsylvania where he attended Kennett High School. He attended the University of Pennsylvania and earned his M.D. at Temple University School of Medicine.

Bill is a Clinical Assistant Professor at Georgetown University in Family Medicine and lives and works in Washington, DC with his awesome family.

Katie oversees the planning and implementation of Spark the Wave’s direct service programming including Wave Week, Leadership Seminars, Days of Service, Club Wave, and more. She attended Wave Week in 2003 during its former years with the American Red Cross and credits her older sister (a STW founding member) for encouraging her to get involved with Spark the Wave in its early years. She is looking forward to her 20th consecutive Wave Week in 2020.

Katie was born and raised in the Philly suburbs where she attended Abington High School in Abington, PA. She received her B.A in History from Saint Joseph’s University in 2011 (The Hawk Will Never Die) and a certificate in Social Impact Strategy from the University of Pennsylvania School of Public Policy & Practice in 2016. Katie lives in South Philadelphia, PA with Nucky, the Spark the Wave mascot. 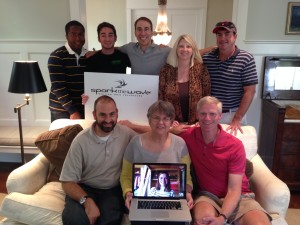